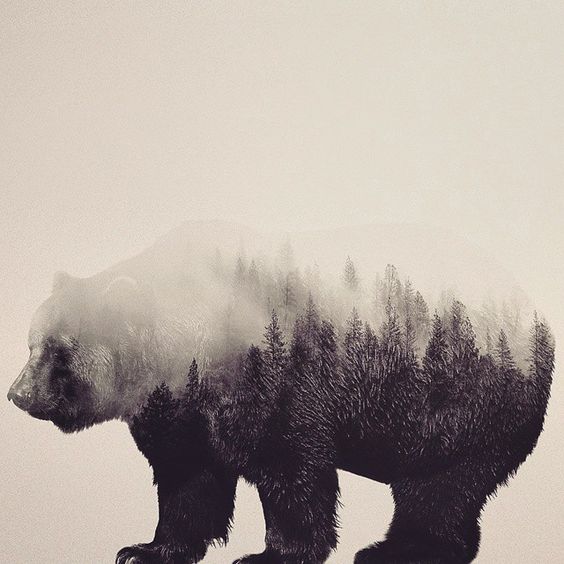 They say the brown bear has the strength of nine men and I say, in that case, he’s more like a woman. The closest ancestor to the short-nosed brown bear made his way southward from North America, freed by the formation of the isthmus of Panama during the Miocene epoch, in what I imagine was Gabriel Garcia Marquez’s own deft, creative hand at spinning magic from evolutionary realism, carving homo sapiens from chimpanzees, painting grassy plains over forest, forging ambitious mountains ranges as an impatient toddler might: forcing tectonic plates together until they capitulate, crack, flake, and fold upwards towards the sky like majestic saltine crackers. At some point in this fruitful chaos, an exponentially-great-grandfather of the brown bear, Ursus arctos, made his way across the plains, step by muted step, traversing continents just before Pangaea divorced itself and scattered in large pieces across oceans.

Just as the aboriginal Ainu of Japan emptied the bear skull of eyeballs, tongue, and brain, so I stuff the rickety skeletons of life’s traumas with fresh flowers, succulent berries, the stuff of renewal and rebirth, in the hopes of a revitalized incarnation, in a show of divine acknowledgement.

I keep faith in the healing power of hibernation: low and slow in body temperature and heart rate, I rouse for no one, not even for myself. At the conclusion of those episodes I regurgitate the half-million moths my ursidae brethren swallowed before sleeping, calories aflutter, that keep our organs aloft and keep the blood pumping during these Great and Cyclical Slumbers. 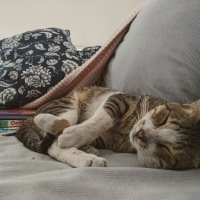