I dig into my change purse in the back of the taxi cab, and pull out a few coins. Setting them flat against my palm, I tilt my hand back and forth to catch the light through the window; it’s night and I can’t see clearly. I flip each coin back to front while the driver stares, turned sideways in his seat, watching me squint to identify the country of origin first, then the denomination. UAE. Tanzania. A couple Euro. A dime. Nope, no Kenyan shillings. Mpesa mobile money transfer? Sorry, I don’t live here, I don’t have an account. Would you accept currency from an unrecognized Republic?

Working in travel in Washington D.C. for several years, I touched hundreds upon hundreds of passports, spilling over their pages, envious and at times resentful of the jet set lifestyle, or what I imagined it to be. As a courier, I would sidle up to the counter at a foreign consulate and hand over visa applications for people I’d never met but with whom I’d become quite intimate only hours before, having received their paperwork by mail and reviewed their employment backgrounds, medical histories, learned their father’s and children’s names, and discovered that, despite a glamorous passport photo, a bohemian-chic residence in Istanbul, and all the trappings of a fabulous career in journalism, they were indeed born in a small town in South Dakota several decades ago, and I would be spilling their secrets that very day. 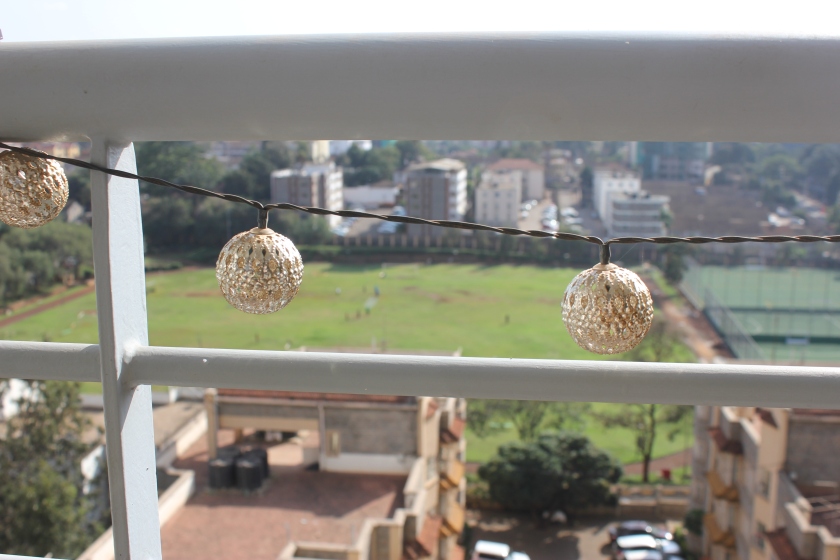 The consular official, typically a mid-level paper pusher with dull eyes and lethargic movements, would give the documents a once-over and then stamp or fold and staple or simply toss them onto a massive pile behind the bullet-proof glass. (Yes, bullet proof; I’ve seen my fair share of visa-inspired riots, people crowded around the speaker panel, lunging towards the glass and banging with their fists, arms outstretched, frantically waving white paper visa applications like so many seagulls flitting madly around a dumpster, shouting at the tops of their lungs about trips that should have started three days ago, and about the ineptitude of the staff and the obscene processing delays. The only reason consular staff can maintain anything resembling a pleasant demeanor, plus their ever-present smirk, is that bullet-proof glass). A few days later I would return to collect the passports with fresh stamps or stickers, approvals to rush off the airplane and inhale the sensory stimulation, consent for sunburns, train trips, traveler’s diarrhea, seedy hotels and seedier bars, authorizations to embrace long-separated family members, permission to indulge in dumplings or brown bread, ceviche or jollof rice or taboulleh. Approvals to expand the mind courtesy of a giant metal tube hurtling through the clouds. 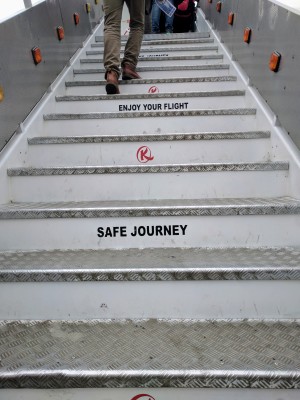 Recent chapters of my life have seen travel that I hadn’t expected, but that I’ve embraced with the wide-eyed zeal of a child offered an unexpected dessert after dinner–that’s for me?!–probably undeserving but jumping at the opportunity, spoon poised for attack, in knowing haste. Via employer or credit card debt I’ve managed to see a few places, such that sitting in that giant metal tube has become rote. As a child I was fortunate to be introduced on good terms to places that kids, and adults, often find uncomfortable. I waltz into hospitals, relaxed and confident (unless, you know, I’m deathly ill), undisturbed by the white coats and the beeping machines, pleased with the sanitary sparkle of it all. My mother has worked in hospital my entire life, and it was always a place of ‘Nilla wafers, of afternoon soap operas watched from starched white, empty beds, and of healing. 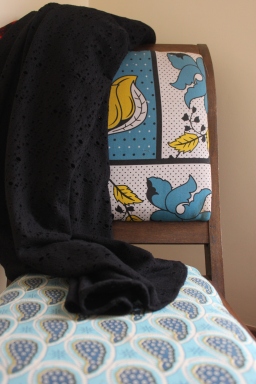 The same goes for airports and airplanes. We traveled by air with some regularity when I was young, and I grew up rather in awe of crisp tickets on thick card stock, orderly boarding by letter and number, the efficiency of snack service, the impenetrable makeup of smiling flight attendants, and the bubble gum that emerged for those painful descents to the ground, tears welling as my mother insists I Swallow! Swallow harder to pop your ears! But now, I’m one of those economy passengers who has tasted business class via some one-off fluke, and I drool with clingy desperation as I pass through the elite cabin en route to my dusty sardine tin in the back, craving with middle-class fervor what could be and what, with every additional flight, I’ve come to believe I am most certainly owed by these scheming airlines and their dictatorial philosophy of steak-tartare-party-in-the-front, peanuts-for-sale-misery-in-the-back. Of course, the few times I’ve flown business class, I’ve glanced back at the peasants of economy, snickered, and tucked into my three course meal while reclining nearly all the way flat because, even if I choke to death in the sky, I’ll do it with self-aggrandizing panache!

It used to be I’d cringe at processing second passport applications–not renewals, mind you, I mean the second of two concurrently valid passports–especially for the obnoxious travelers who couldn’t be bothered to sit at their shiny laptops for five minutes to bang out some basic information about themselves into the online State Department form, so I did it for them, because it was my job. I’m not referring to the lovely and bewildered elders whose wrinkled bodies, as evident in their passport photos, couldn’t restrain their nomadic zest; no, I was happy to dial them up and chat for a while, asking them routine questions with the phone wedged between ear and shoulder while I typed away into the computer in front of me, and then asking them non-routine questions, like what drew them to Tehran or Manaus or Dushanbe? Was it the all-inclusive tour, the ancient mystery, or the promise of landing the biggest Peacock Bass they’d ever seen, afloat on the Amazon River? Did their parents travel, did their children? How did they make the mental leap from Depression Era-thrift to finding value in the luxury of a plane ticket? 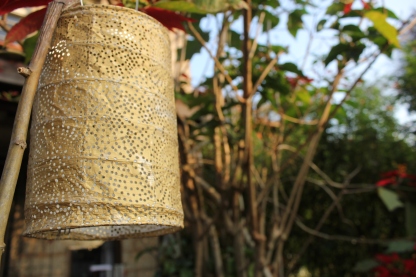 But now, I have two passports. Not for vanity’s sake, although I do mention it in conversation with the smug self-pleasure of a useless spy. Not because I’m a stamp collector, like the “post-colonial” colonialists whose itineraries I used to review before prepping their visa applications, who would spend three days on a chicken bus winding through mountain ranges in the middle of Absolutely Nowhere, Eurasia, bedecked in totally unnecessary flack jacket and steel-toed boots, just to get to an entry point on the border of a remote state, pass through whatever dusty tin shed pronounced itself The Bureau of Immigration, stride 10 metres into new territory, take a piss, eat a Clif bar in lieu of succumbing to inevitably poisonous, or at least low-brow food that only locals can tolerate, and then stride right back out two hours later, having claimed those 10 metres for themselves, and for Intrepid & Aging White Males everywhere, and with the entry/exit stamps to prove it. No, I’m not like that. I applied for a second passport, admittedly with pride, because I moved to a place with de facto borders, but with no diplomatic representation by my home country, so if I manage to lose my only passport, I’m in bad shape. But now, I have a back-up. 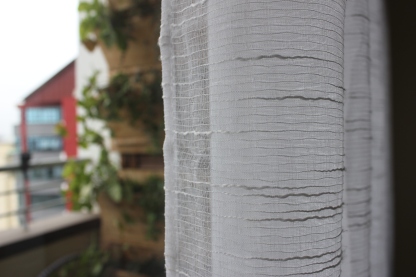 Over the last five or six years, my constellation has expanded, the points of light farther flung, moving ever outward. But the weight, the gravity of the galaxy remains; there is no escaping yourself. I mull this over while I pack for a week away in the space of an hour, no longer concerned with geometric calculations about whether to fold or roll clothes for maximum luggage capacity, no longer triple-checking my passport, itinerary (printed and emailed to all living relatives!), vaccination card, bubble gum. I consider that my psychological baggage is more enduring than the suitcases I’ve lugged overseas that have cracked, ripped, and disintegrated under the strain of tchochkes and totally necessary 7-step facial cleansing routines, one too many pairs of shoes, and the crappy souvenirs that used to get me every time. Instead, I now throw whatever occurs to me into a jumbled bag, and remember my passport as I waltz out the door. Speeding through a foreign city in an airport taxi, I acknowledge an offensively cliché cliché: time passes, whereabouts change, yet we remain essentially the same. Despite the accumulation of in-flight miles, despite the mélange of currencies in my wallet, despite the SIM card switches and the unfamiliar greetings, I continue on as myself, frightened of some things and emboldened by others, curious and clever and occasionally paralyzed by anxiety. 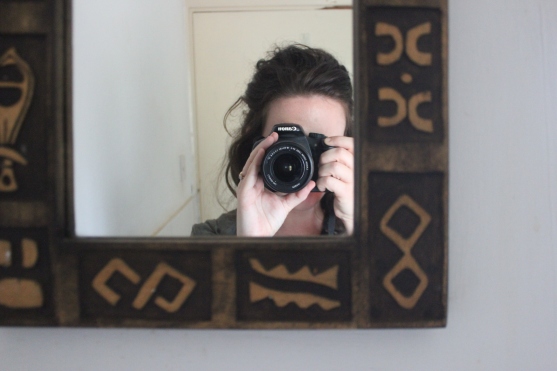 I may never be those people, or maybe I already am them. Maybe their jet set ways were always fraught with debt, deadlines, difficult relationships, jet lag, indigestion, aching distance from loved ones. Maybe their worldliness clouded my clarity, the decorative beauty of visa stickers obscuring the hours upon hours of queuing, waiting, sitting, carb-induced bloat, frustration, fatigue, failures. There was no glittering transformation to becoming more like them, no cosmopolitan panacea to uplift the quotidien. Every few months, like clockwork, I go elsewhere from where I live, which is already far away from where I began. But I’m still sweating bank balances and professional obligations, negotiating friendships, striving towards vegetarianism, taking my supplements, thinking about new wrinkles, trying to stay hydrated, and loving my loved ones. In the end, the basic ingredients of existence never falter, whether you’re flying business or red-eye economy, or staying home. 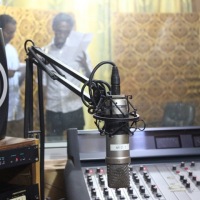